Chef Michael Symon is defining what “Cleveland Style BBQ” is and what will be moving forward in the #CLE!

His latest restaurant, Mabel’s BBQ is having their grand opening on April 11th and Bertman Ball Park Mustard is honored to be a part of it! 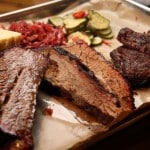 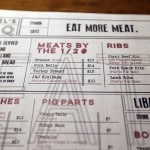 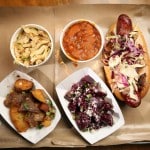 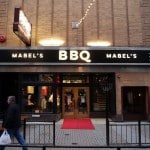 What is Bertman Ball Park Mustard’s role? The flavors!

“The pork spare ribs – the fatty part is to die for,” says Petkovic, Symon’s business partner. The sauce on the table isn’t hot – it’s a Bertman Mustard and vinegar base worth drizzling on, well, anything. It adds a touch of sweetness, not heat, to jazz things up. Want heat? Dig in to the Polish Girl, a spicy kielbasa on a roll. And the ribs are, well, gnawable. As a tasting pal said, “I’m just going to keep chewing on this bone like a dog.” Finishing touches are, thankfully, on the lighter side, to cut through the heaviness of the main dishes. Continue reading at cleveland.com

Chef Michael Symon explains the inspiration behind the design of Mabel’s BBQ, which he expects to open the second week of April on East Fourth Street in Cleveland. 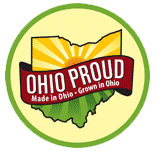